GEM OF QATAR
HOME / PROJECTS DETAIL
< Back to Home 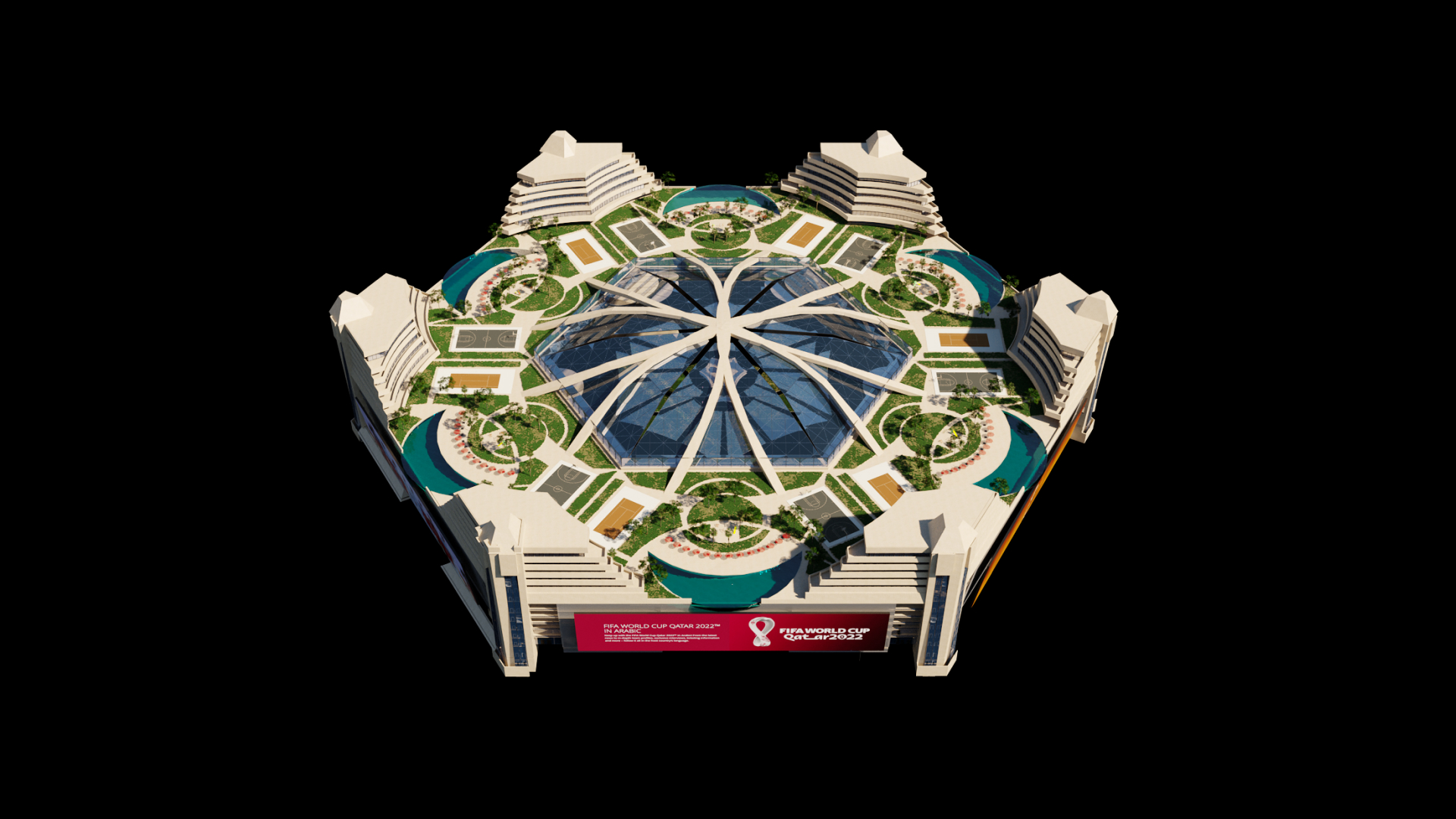 Gem of Qatar features an atrium, a large park on the roof, six themed and identically shaped buildings, and six towers for 5 star hotel or luxury apartment use with breathtaking views of the entire roof and the surrounding area. The interior is a controlled temperature environment sporting a glass roof. Hosts concerts and is used as an event space (such as sports, similar to what is done in London, UK for Major League Baseball and National Football League games).

The atrium will also be equipped with LED screens on the inside to show the World Cup games and other broadcasts. The roof park on top will only be accessible to the tower residents, with playgrounds, infinity pools, basketball and tennis courts, running track around the perimeter of the atrium’s dome accessible to every tower resident.

GoQ’s six buildings include a film studio (including the largest chroma key/green screen stage in the Middle East and a water stage) and film school with movie theaters around the corner; the world's longest 3-story continuous go-kart track more than a few kilometers long; the Mayan-themed Kukulkan Spa, the world's largest spa, housing a diveable waterfall and a replica Mayan pyramid with discrete private rooms, each room containing a terrace overlooking the spa complex, hot tub, sauna, shower, bathroom, couch, and TV, it will feel like a day in Mexico with the adjusted humidity and all; also an Olympic-size ice rink; a ninja wipeout course; a fitness center with an Olympic-size swimming pool, as well as an aqua park, luxury, shopping, and restaurants. Hotel and apartment residents receive a discount for GoQ and Everest amenities